Solo Show Chiffonnier, Dijon 5 décembre 2019 - 5 Janvier 2020 Texte : Charlotte Cosson & Emmanuelle Luciani Like an initiation rite, Jean-Baptiste Janisset’s early works look premonitory: they harbored the seeds of what now flourishes in his practice. Back then established in Nantes, a city which reputation was tarnished by slave trade, he stole a lion ornament from a police station and brought it to Senegal. Following the symbolic logic of restitution of a stolen heritage, it was the form of the object that prompted him to organize an ancestral ceremony, today restaged in the exhibition, around this gaïndé [lion] cast. Jean-Baptiste Janisset’s intervention is minimal: often, his gestures are mere pretexts to share know-hows and highlight customs. Janisset plays his score in minor mode. With humility, he turns to the land, seeks the guidance of spirits and follows the advices of local priests. He assumes –we are tempted to say “accepts”- his role as a mediator. Unsurprisingly, Hermes is therefore the guardian figure of his exhibition “Sourire aux anges”, messenger of the Greek gods and only one allowed to travel between worlds. With a respect that prevents anyone from taking his intention lightly, Jean-Baptiste Janisset quietly works on reinstating the balance between forces. While bringing unknown rites to the attention of his native country, he also offers sculptures, sacrifices and in-kind gifts to the lands he explores. The artist thus gives shape to a spirituality grounded in a concrete materiality. Far away from a fake ideal of purity, his practices part from the dualistic views dictated by habits or right-thinking. Here we might recall that money is like any other flow of energy, that votive ceremonies often involve intoxication, and that ritual animal sacrifices feed entire villages. Hybrid carcasses of beef and she-camel bone casts the artist has offered during pilgrimages of the Grand Magal of Touba hang in the middle of the scenography. Not macabre in the least, these memorial sculptures strangely allude to tree trunks, as if to recall that they were once origin of life. Once again, Jean-Baptiste Janisset’s practice is characterized by fluidity and circulation of forms, and between forms. The exhibition is marked by his circumambulations around mausoleums of saint like Ibrahima Fall or Rita of Cascia - whose cast representations overlook “Sourire aux anges”. From this eclectic blend of references and cults emerges the power of collective gathering, of the ritual that connects people. The nearly monochromatic quality of his installation communicates a feeling of unity that invites the viewer to ponder over the concept of primordial tradition. The way in which similar forms travel through time and customs seem to be proof of it – like the interlacing of Hermes caduceus we find unchanged in the Hindu’s nadis, men’s main energy channels. What if all the initiatory paths led to one syncretic unity? Jean-Baptiste Janisset seems to follow the path of the modern man, both uprooted and surrounded by the “terrible ravages”1 of industry on landscapes. Cut from his memory and the meaning of these symbols, he goes in places where roots have been nurtured. With this renewed consciousness, a return home then might be possible. “Sourire aux anges” bears witness of this backward journey: chimney casts typical of the South of France, representations of angels and saints from the catholic tradition, appropriation of children little houses from the consumerist religion… One more step before beginning the techouva: a necessary look inward, into one’s divine inner space. Jean-Baptiste Janisset plays the alchemist on a number of counts. His abundant use of lead, a material that is supposedly mutated in gold, captures the artist’s transformative process. But it is the other aspect of alchemy that here matters: the search for medicinal life elixirs. It is as if his works sought to heal a society sick from industrialization and breaking with its mystical narrative. With love, and guided by his Table d’orientation de la Paix [toposcope of peace] Jean-Baptiste calls for a celebration of life in its many forms. By doing so, he reminds us that new times often bring forth syncretic cultural melting pots in order to create a more inclusive future. Pièces produites à South Way Studio et à l'Atelier Chiffonnier 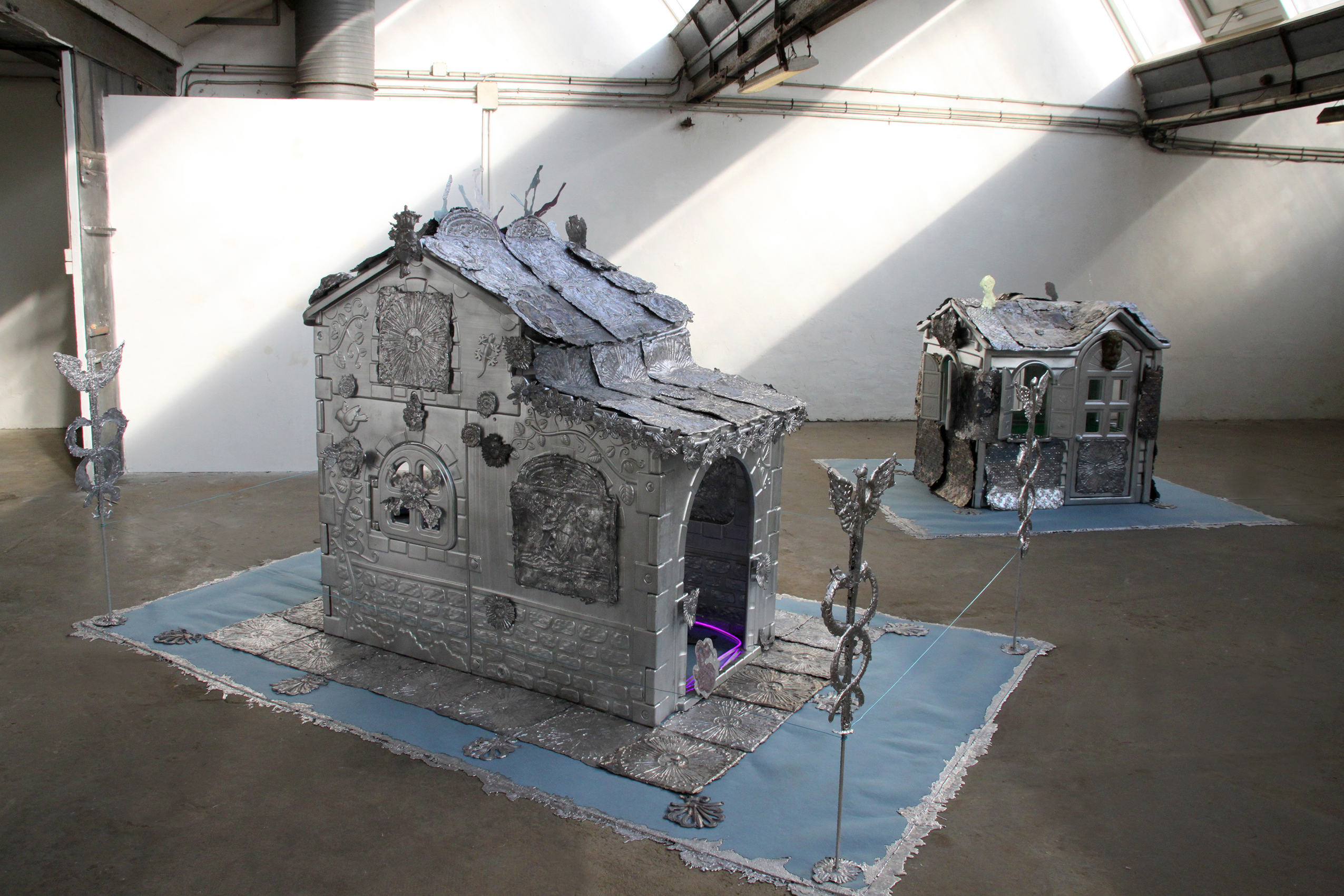 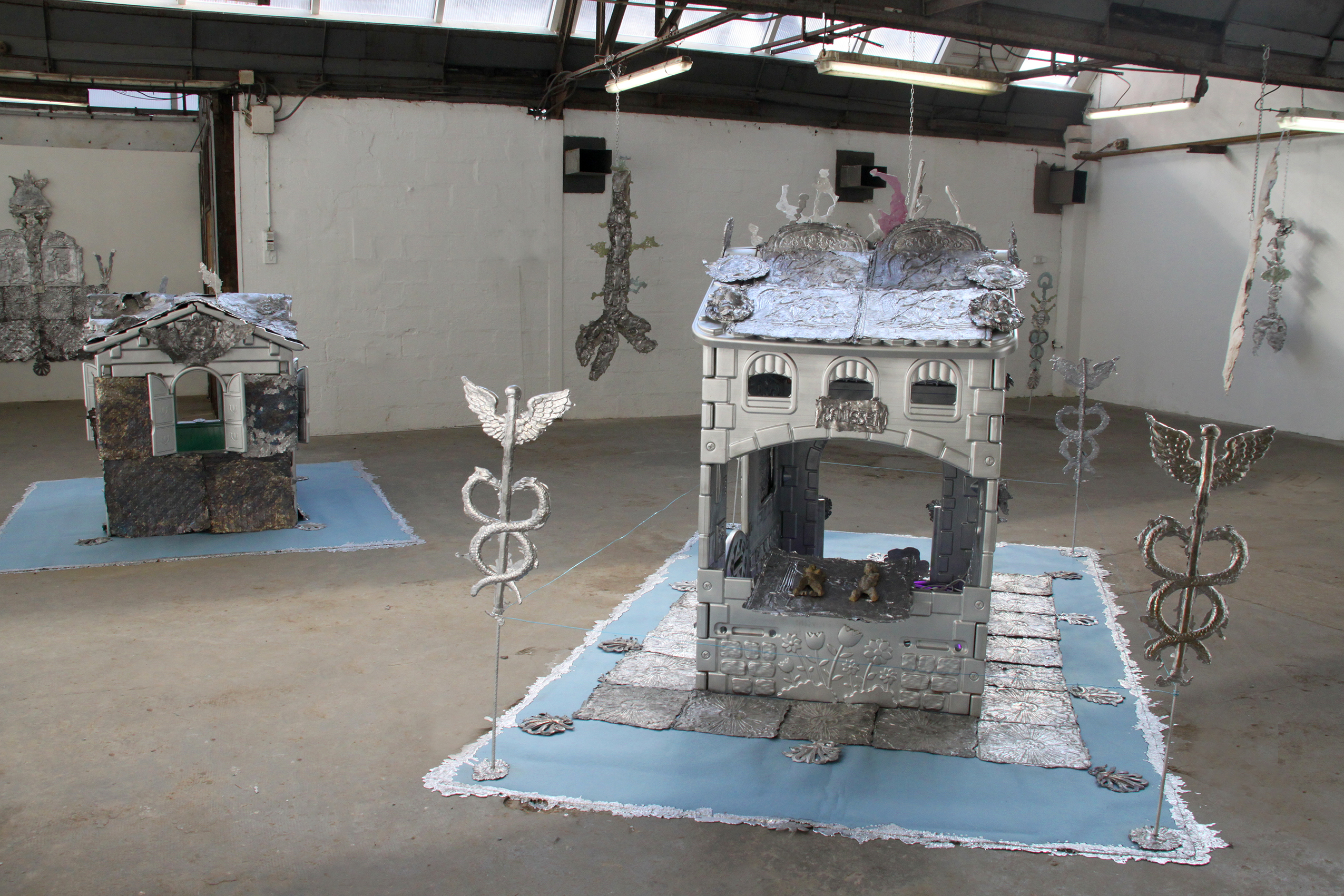 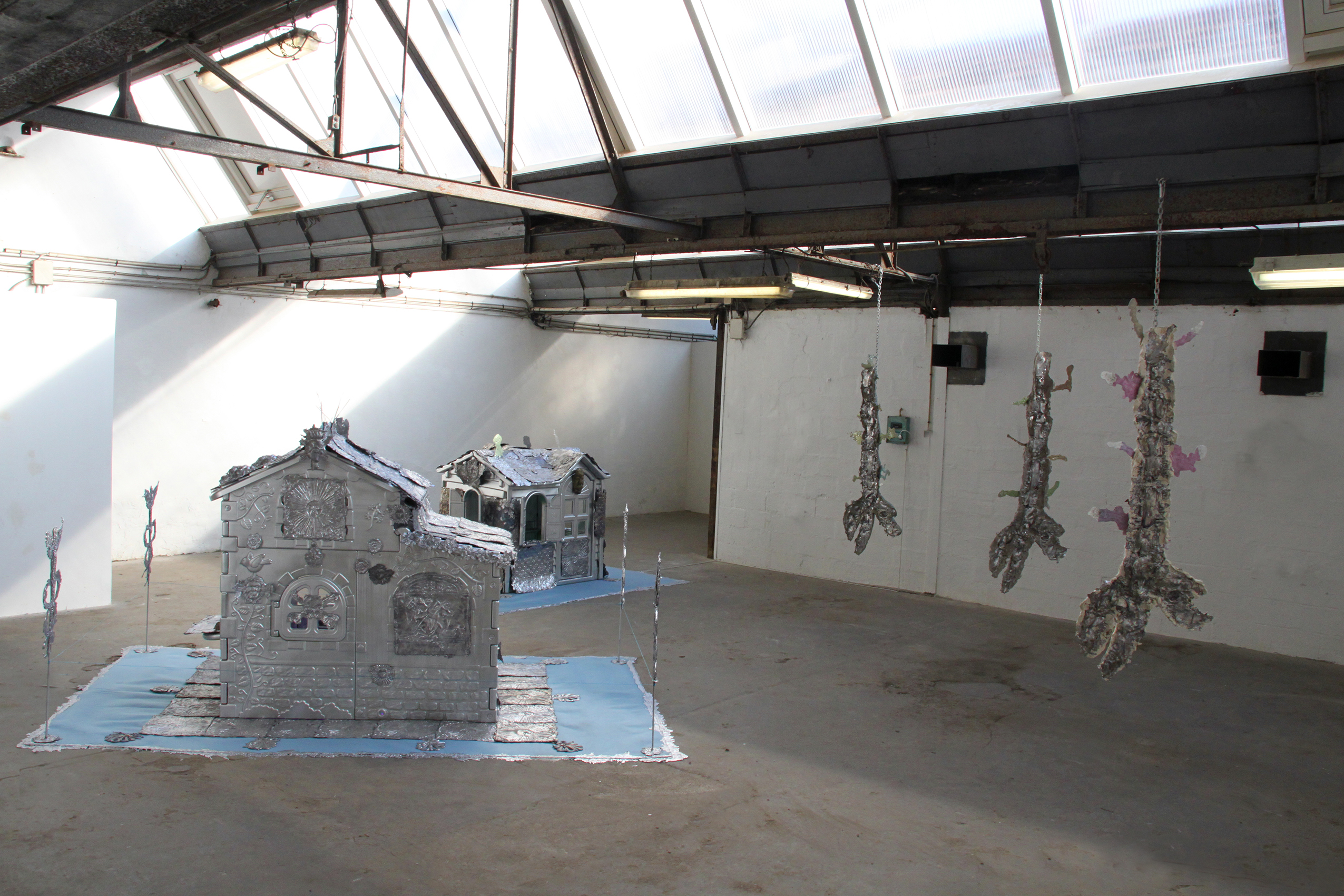 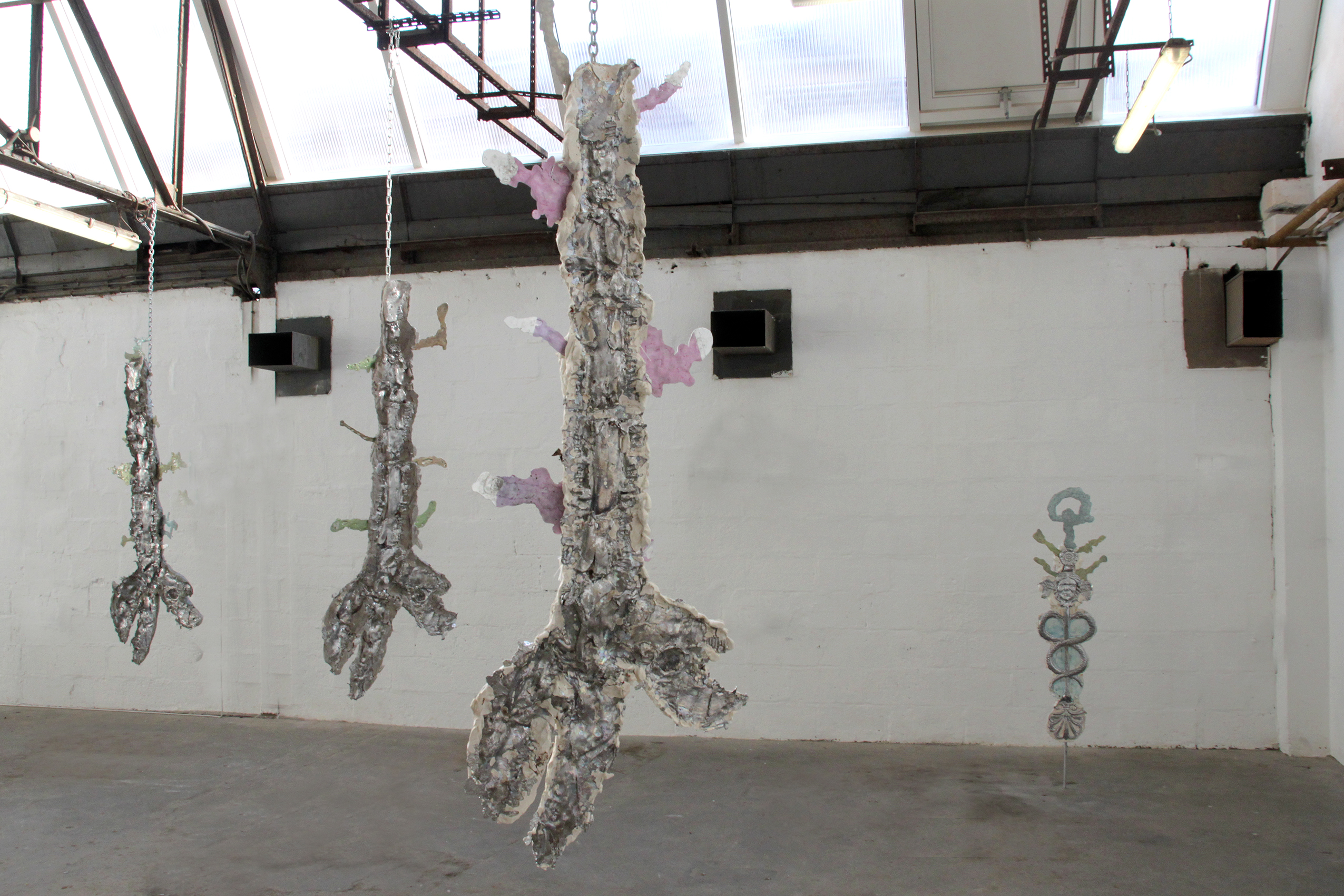 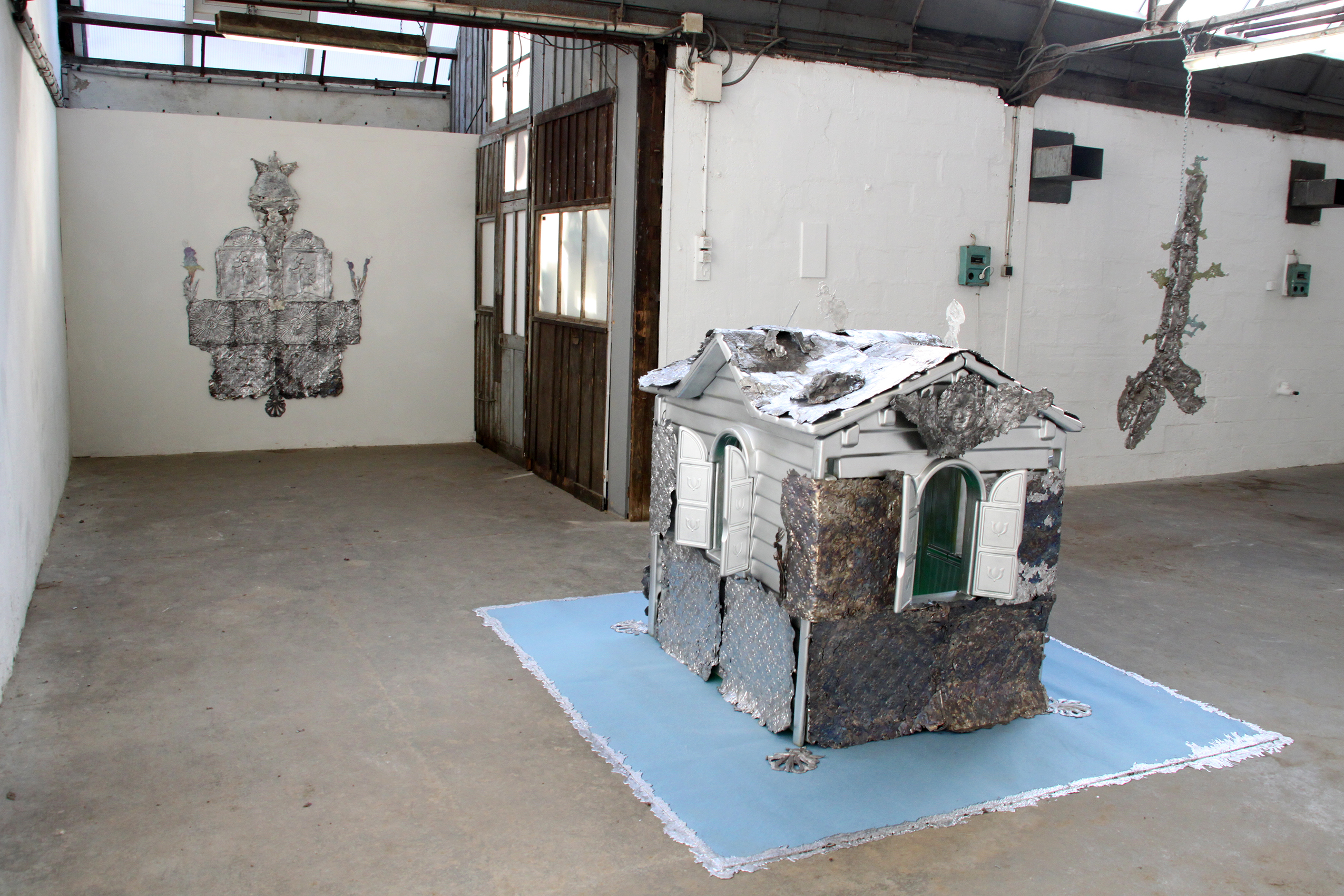 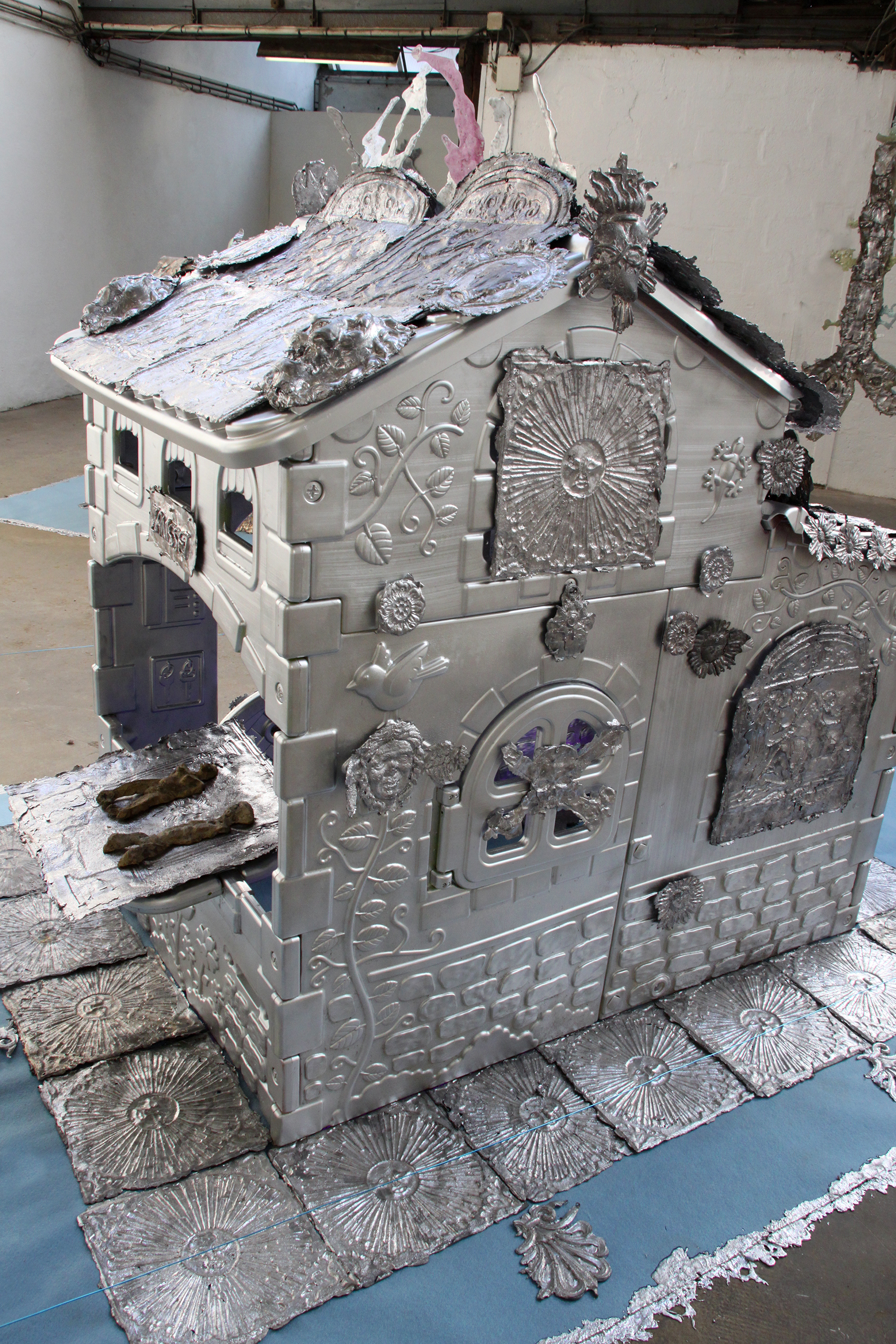 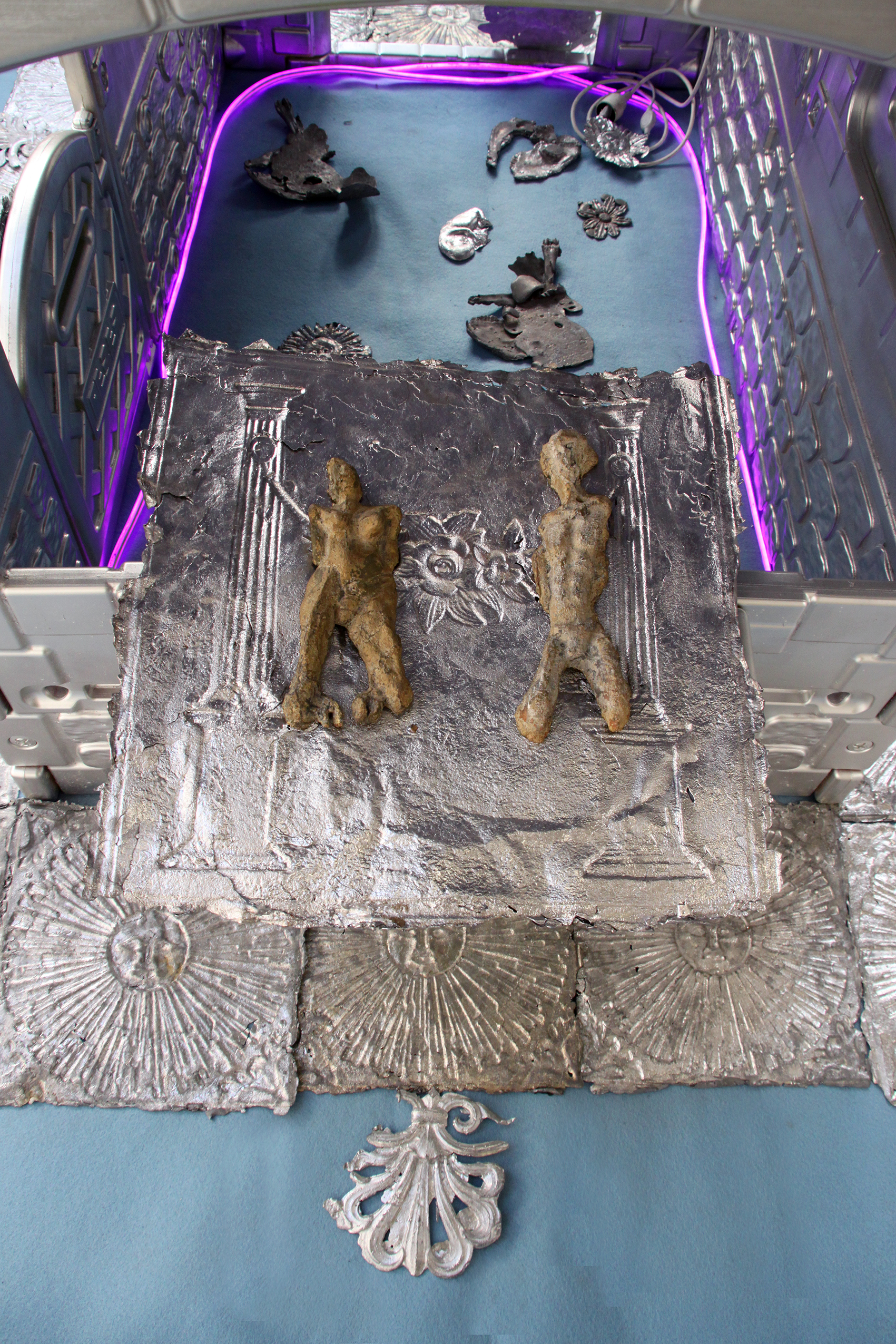 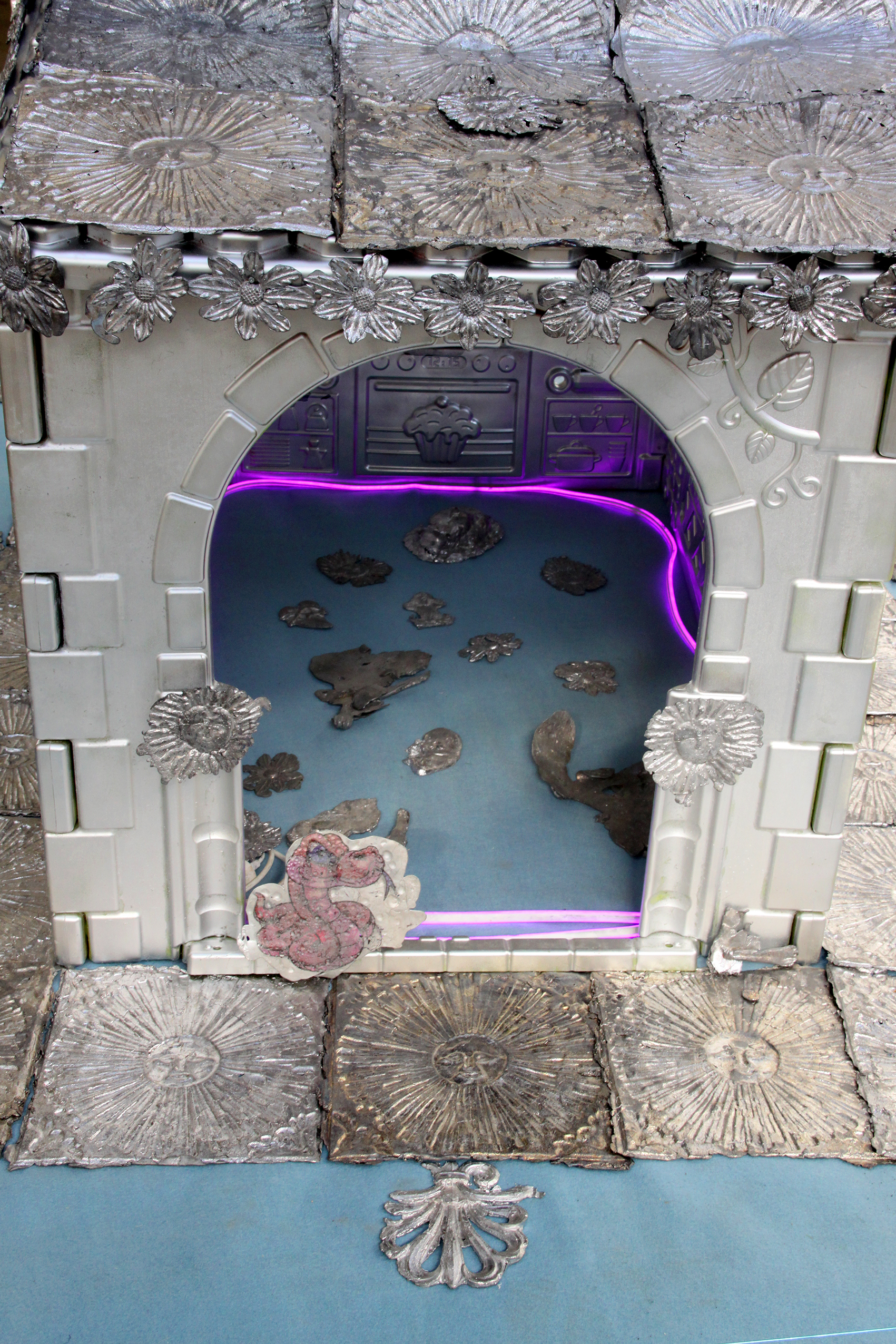 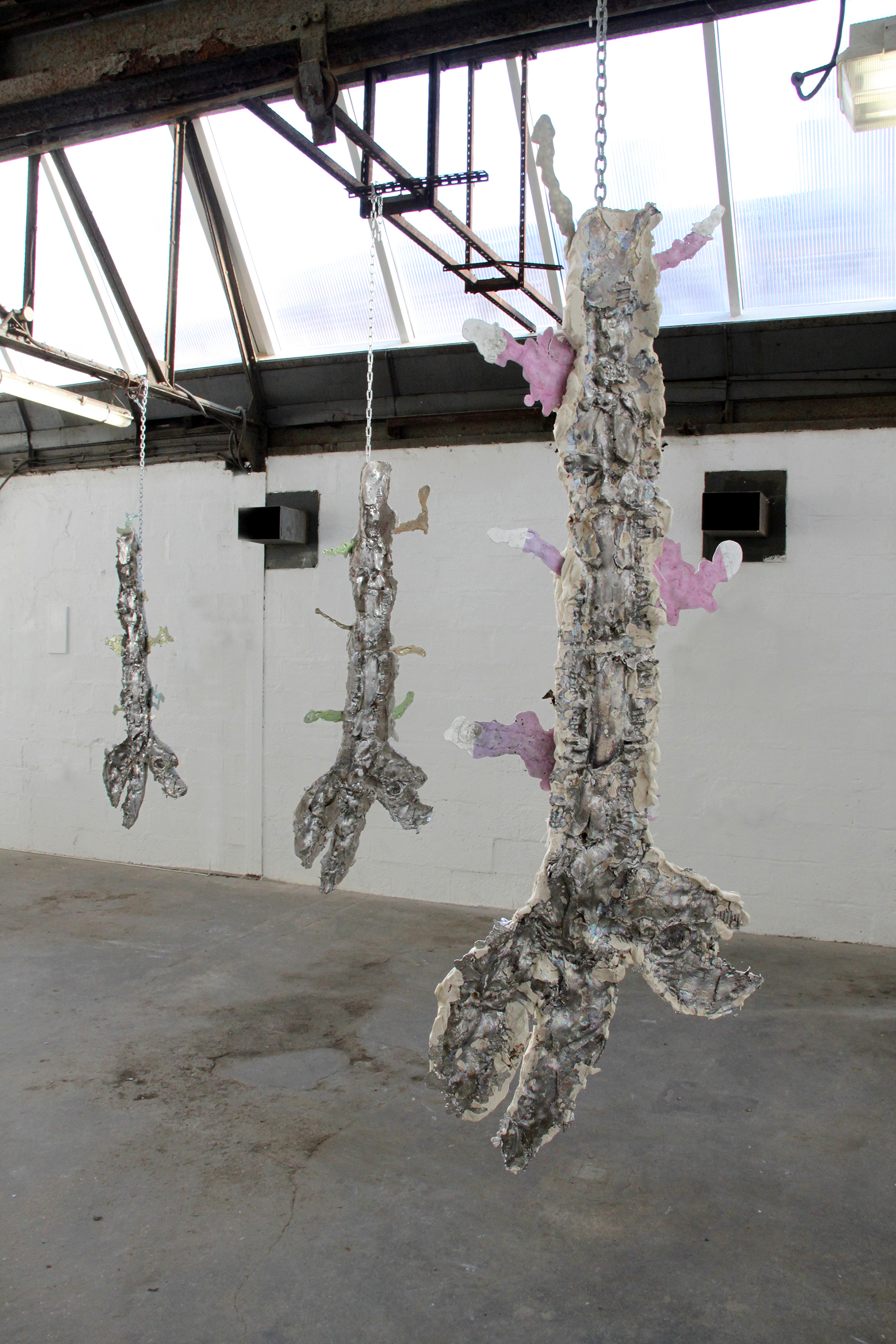 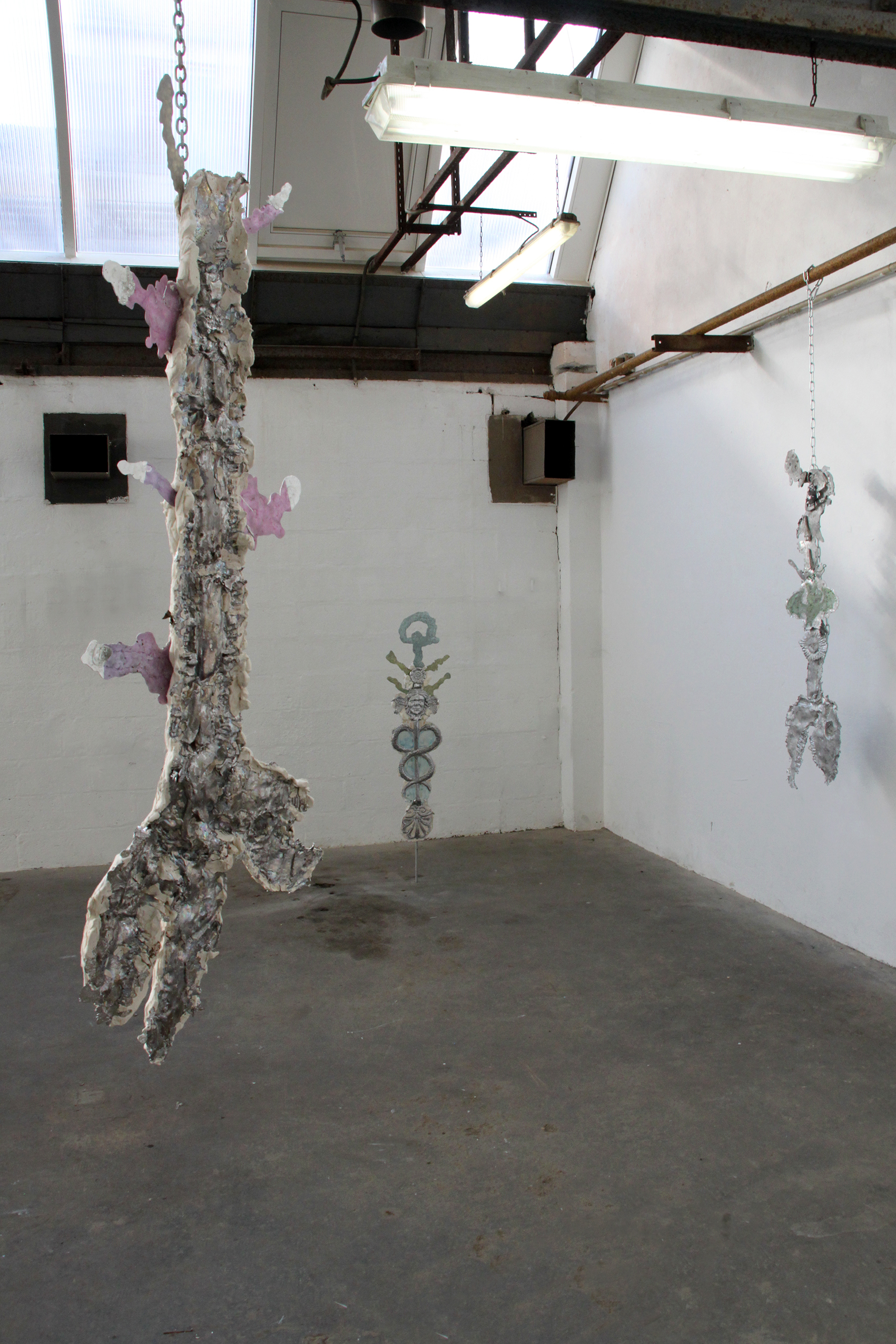 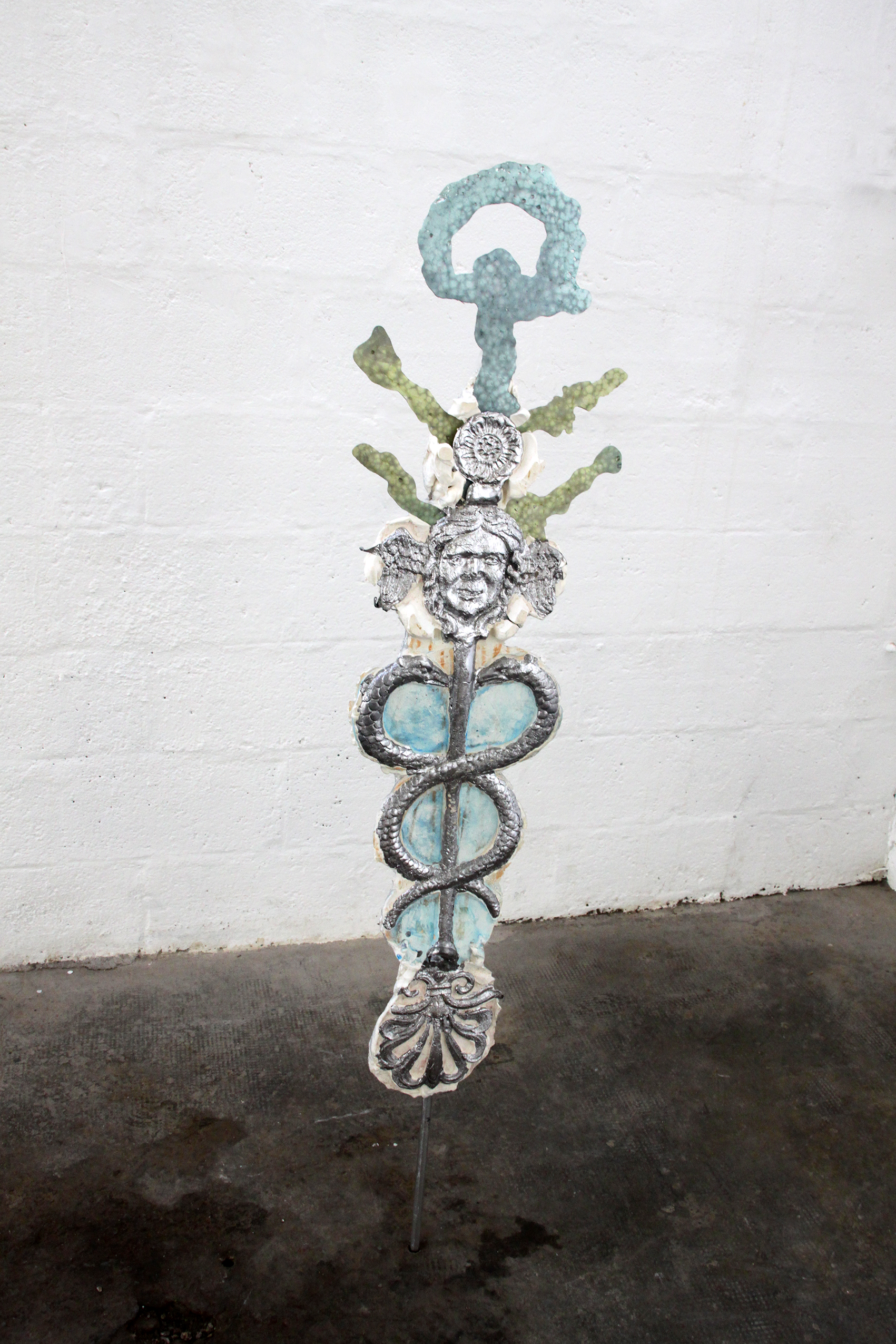 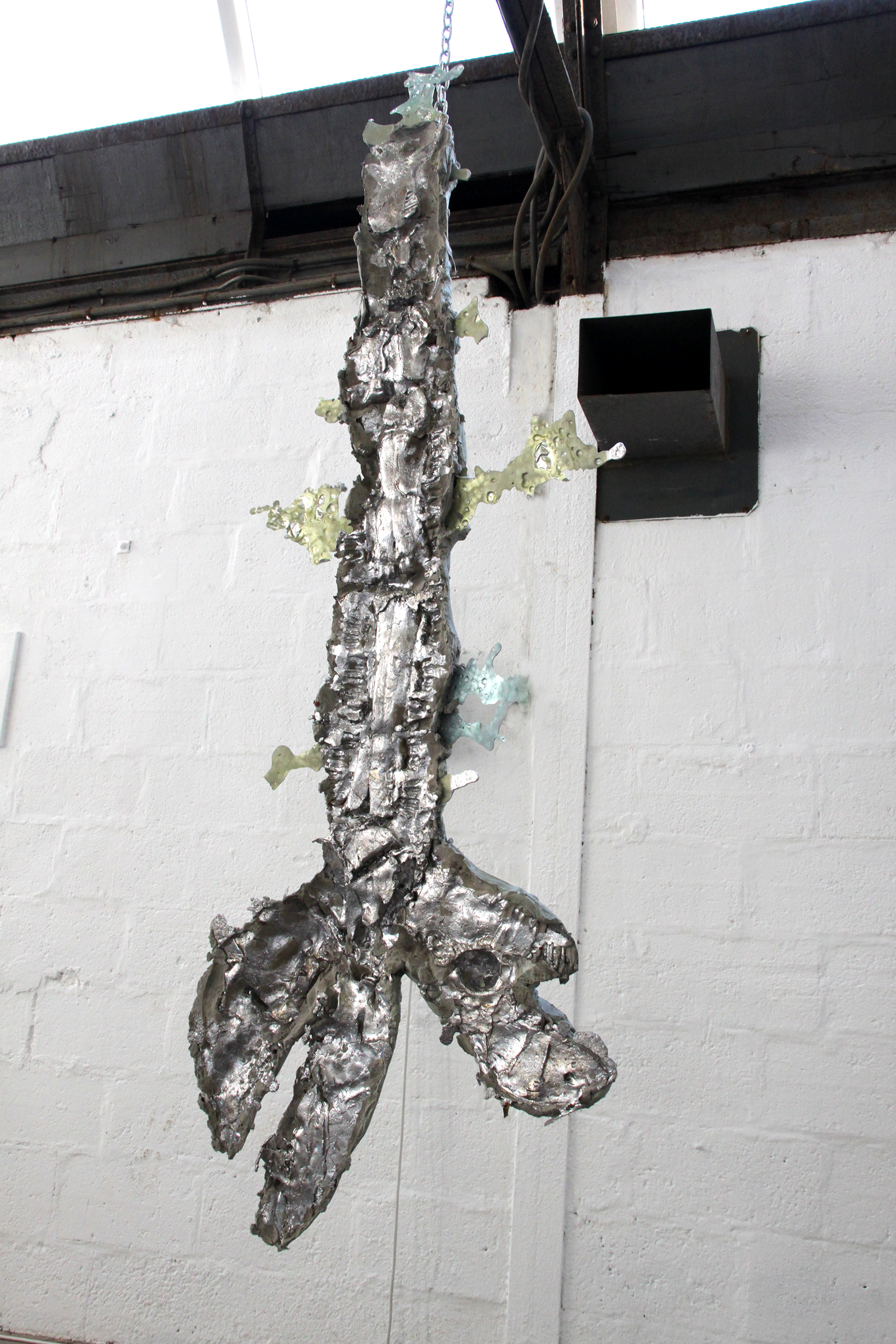 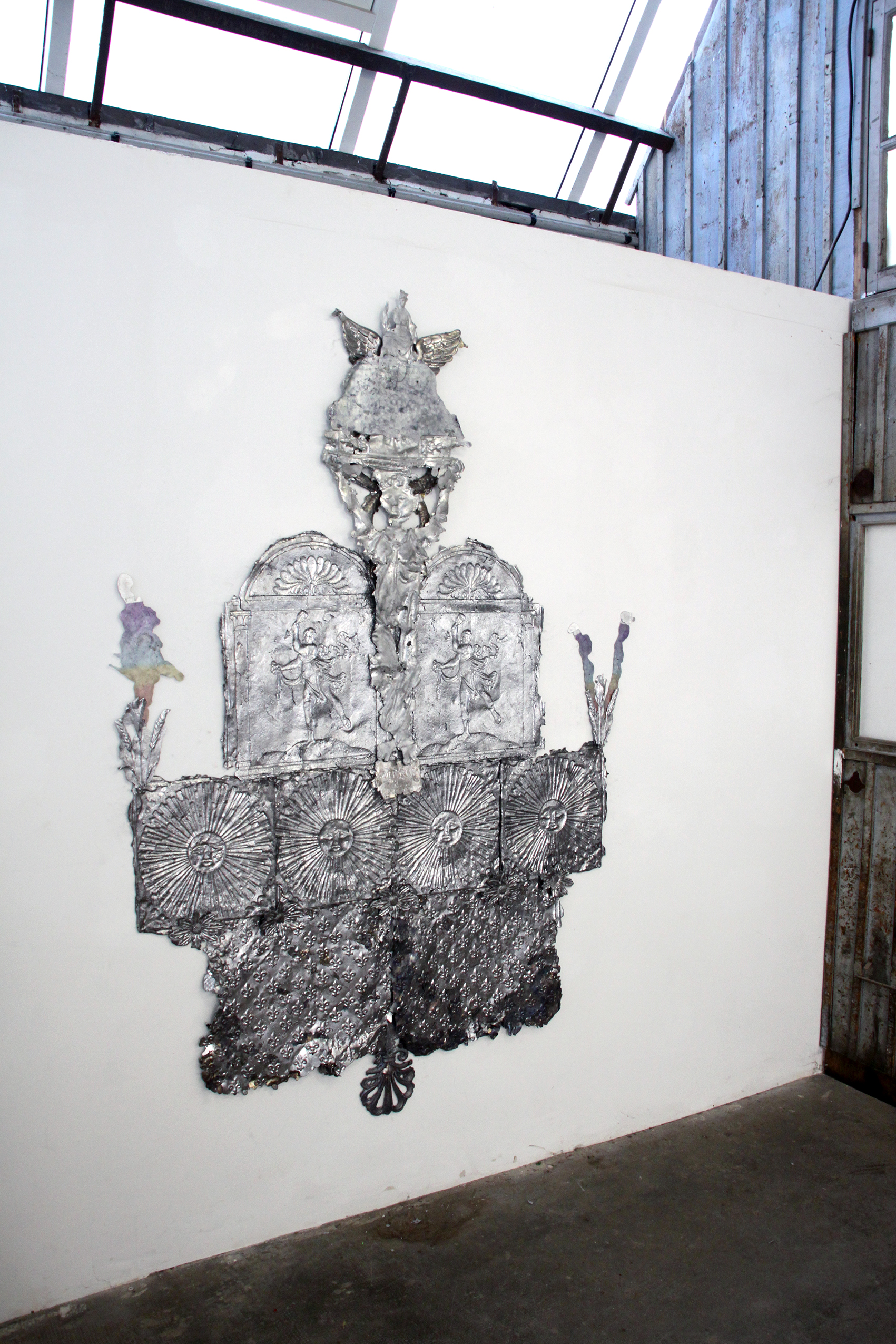 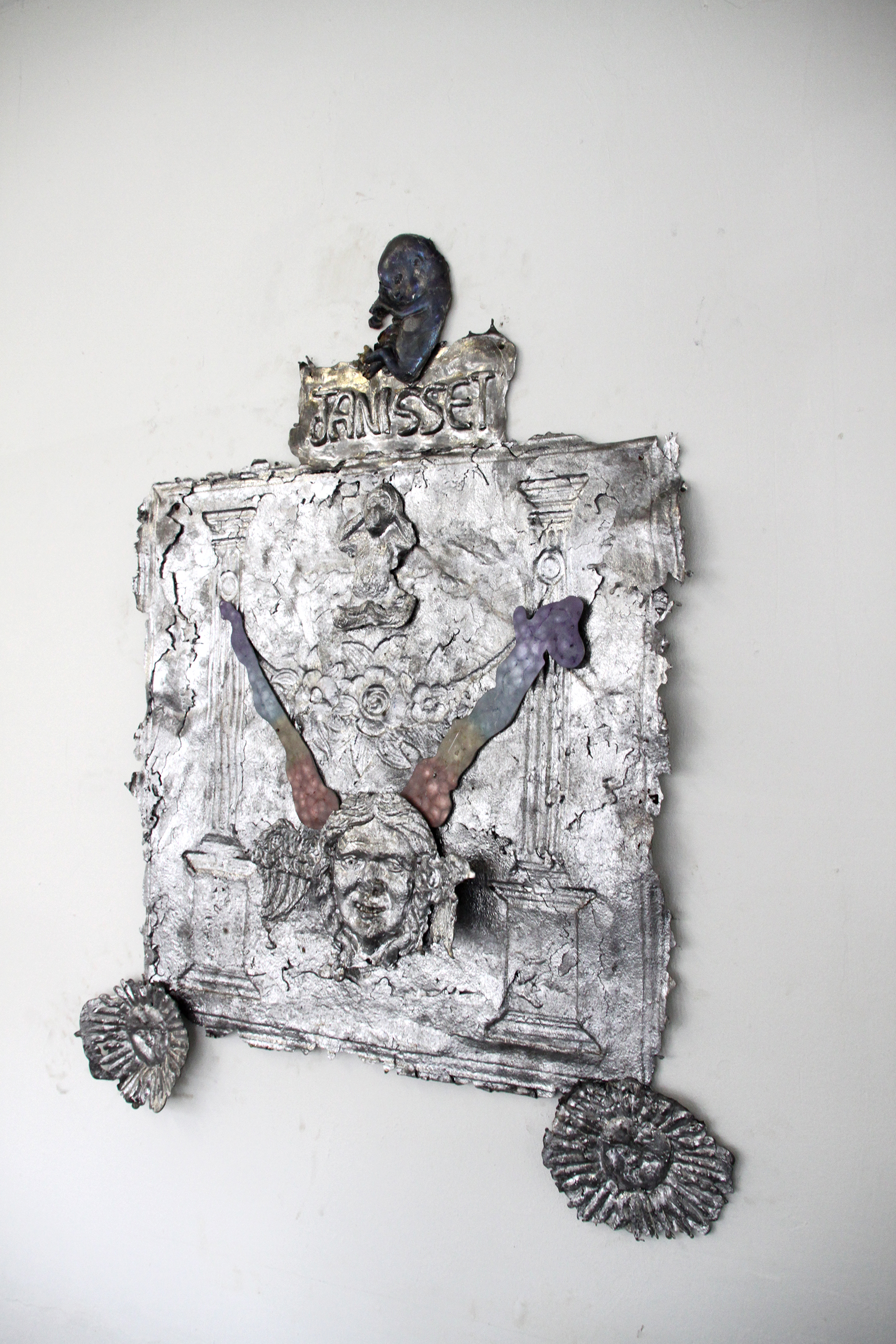 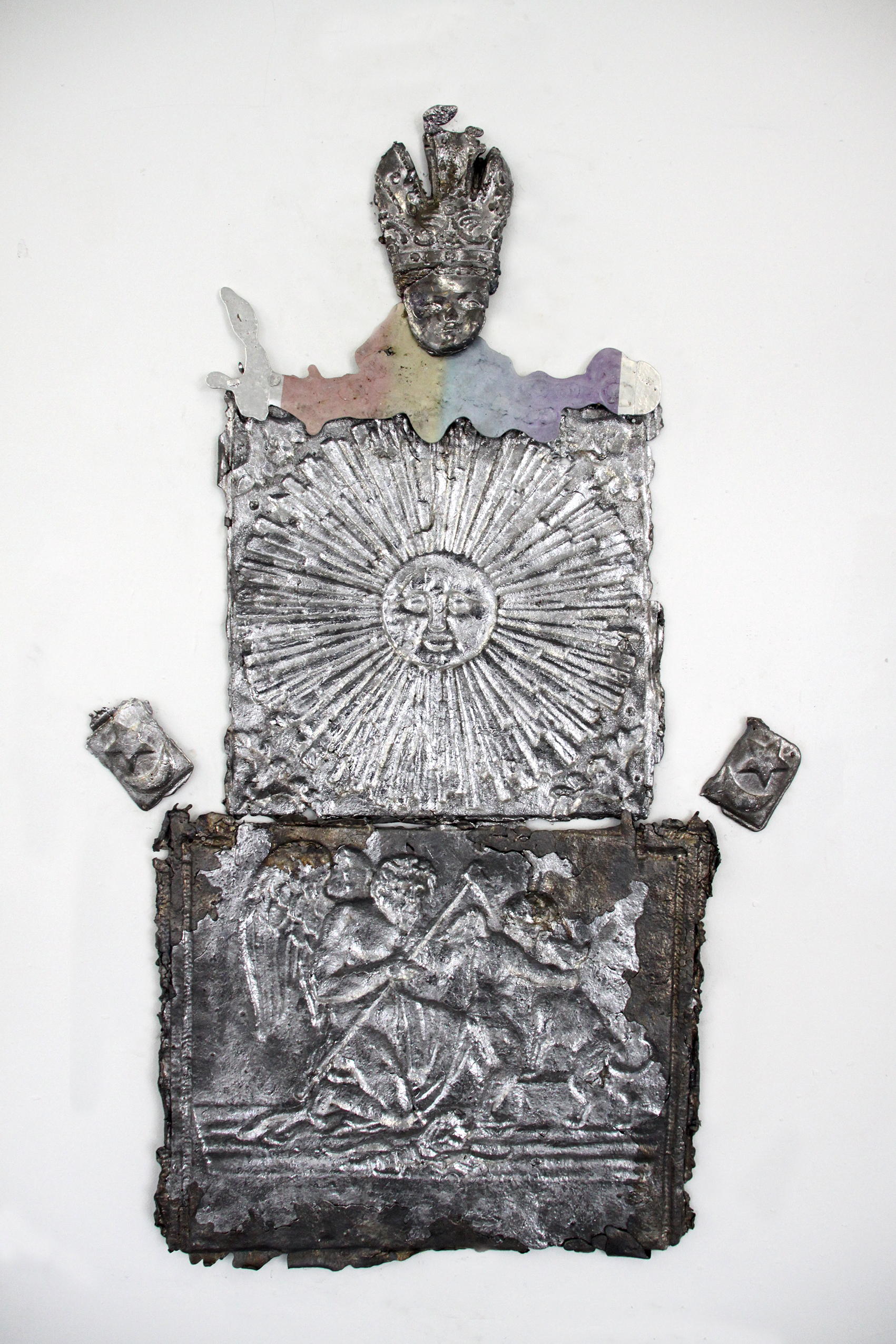